The ongoing first match of the two-match Test series between England and New Zealand has been certainly living up to the expectations of the fans at the Lord’s. However, the visitors seem to be having a clear edge in the game so far. The Kiwis came up with a motive of beating England in their own den. The Black Caps started their game so well.

Despite losing wickets early on, the likes of Devon Conway and Henry Nicholls made things quite tough for the hosts. While Conway scored a double century on his Test debut, Nicholls scored a half-century at The Home of Cricket. Conway’s innings was embedded with a flurry of 22 boundaries and a six.

Henry Nicholls played a gritty knock of 61 with the help of 4 boundaries. Neil Wagner also showcased his mettle at No.11. He played a quickfire knock of 25 off 21 balls including 3 fours and a six. As a result, New Zealand were able to post 378 in the first innings. Ollie Robinson was the pick of the bowlers for the hosts as he accounted for 4 dismissals. Mark Wood and James Anderson took 3 and 2 wickets respectively.

ALSO READ: Dinesh Karthik Reveals His Aim To Play In T20 World Cup As A Finisher

On the other hand, England is struggling to find a way to find a dominate the Kiwis. They scored 164/6 in 69 overs (Lunch). Rory Burns is batting on 72. On the other hand, England Test captain Root was dismissed on 42 in the 44th over. The lanky fast bowler, Kyle Jamieson bowled a superb delivery to England Test skipper. Meanwhile, Root couldn’t do anything to crack the code. He got an inside edge and the ball went towards Ross Taylor at the slip.

New Zealand strike with the first ball of the day.

Despite taking a clean catch in his safe pair of hands, Ross Taylor decided not to celebrate. The veteran asked the umpire to check with the third umpire before taking the final call. Upon reviewing, Taylor’s catch was clean. Taylor won the hearts of the fans.

Exactly opposite to ponting the cheater.. 😂

Kiwis are the most honest people on earth 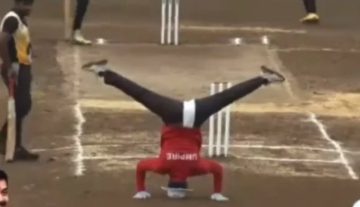