On Tuesday, the Indian Premier League (IPL) franchise, Rajasthan Royals (RR) announced the signing of the Caribbean duo of Evin Lewis and Oshane Thomas as replacement of their crucial cogs for the remainder of IPL 2021 to be held in the UAE from September 19. While Lewis has been roped as a replacement of England wicket-keeper batsman Jos Buttler, Thomas will be replacing England’s all-rounder Ben Stokes in the squad.

In a press release regarding the same, the franchise said, “IPL franchise Rajasthan Royals today announced the final set of their replacement players. West Indian duo of Evin Lewis and Oshane Thomas will be joining the Royals squad as replacement players for the remainder of IPL..”

Fast bowler Oshane Thomas, who is currently plying his trade for the Barbados Royals in the Caribbean Premier League (CPL), made his international debut in 2018, having faced India in a bilateral ODI and T20I series.

ALSO READ: Dale Steyn announced his retirement from all forms of the game

Since then, Thomas, a recipient of West Indies’ Emerging Player of the Year Award in 2019, has scalped 27 wickets in 20 ODIs, and 19 wickets in 17 T20Is. In the IPL, the fiery pacer had played for the Royals in 2019, picking up five wickets in four matches, and was with the franchise during the 2020 season in the UAE as well. 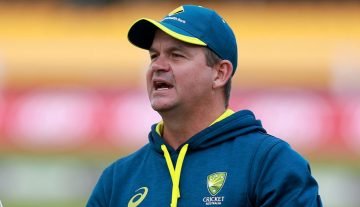