Bangla Tigers have announced that former India fast bowler S Sreesanth will be working as their mentor in the upcoming season of the Abu Dhabi T10 Cricket League scheduled for November 2022. The Tigers have also roped in the services of Shakib Al Hasan as their icon player, making him the captain of the side.

S Sreesanth returns to the spotlight, albeit this time as a mentor of Bangla Tigers in the next edition of the Abu Dhabi T10 League scheduled to be played in November later this year. He will have Shakib Al Hasan as his team’s skipper, and former Bangladesh all-rounder Aftab Ahmed as the head coach, while Nazmul Abedin Fahim will be serving as the assistant coach.

This will be Sreesanth’s first coaching stint after he decided to announce his retirement from domestic cricket in March this year.

Along with Shakib, West Indies’ Evin Lewis, New Zealand’s Colin Munro, Pakistan’s Mohammad Amir, and Sri Lanka’s Matheesha Pathirana are a few notable additions to the side. The Tigers’ owner Mohammad Yasin Chowdhury expressed delight upon getting Shakib in the mix this time.

In a statement regarding the same, Mohammad Yasin Chowdhury said, “It is befitting that Shakib plays for the Bangla Tigers. He is a fantastic ambassador for Bangladesh cricket. From day one we have been keen to include him in the squad but due to the busy schedule of the national team, we were unable to secure him till this season.”

He further, “He is a dynamic, experienced, dedicated, passionate and motivated player as well as an inspirational captain, who will no doubt lead the squad from the front.” 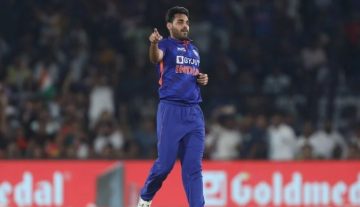