Sachin Tendulkar is one of the greatest cricketers this game has ever witnessed. Though, some put him ahead of Sir Donald Bradman while some say that Sachin is greatest. This is a long debate and we should leave this on personal choices. The same way how we left, who is best between Ronaldo and Messi debate?

If you ask the bowlers who bowled to Sachin during his peak time, they will definitely name Tendulkar as the best batsman to feature in this game. Shane Warne is among them who have played against him and he believes Sachin is the greatest to watch.

Tendulkar was at his best in the 90s and had played some glorious knocks against Australia in a span of few months during the latter part the decade. Tendulkar had also dominated Australia’s legendary spinner Warne during that span. The Indian master had thoroughly schooled the leg-spinner on their tour to India. Following that, the Indian team also won a tri-nation tournament in Sharjah in 1998 where Sachin single-handedly guiding the team to victory.

He was in such a form that Steve Waugh’s Australian team had no clue on how to restrain the legendary batsman. It was then when Warne admitted that he had nightmares of him. And the cricketing world witnessed one of the greatest rivalries between these two players.

Since then, the water under the bridge has passed along and Warne revealed that he no longer see Sachin in his nightmares. The legendary leg-spinner also mentioned that his admission of Sachin in nightmares was a bit tongue-in-cheek type.

“I can promise you Sachin is not my dreams and thoughts today. I can’t recall which year it was but he played terrific Innings and they won test matches (against Australia). I said probably, as a throwaway line tongue-in-cheek I said probably has nightmares about Sachin’s drive. I promise you I don’t think about Sachin in my sleep,” said Warne. 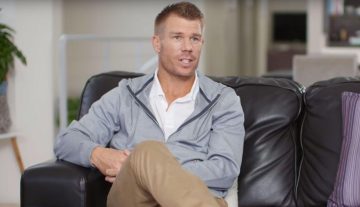