India’s legendary batter, Sachin Tendulkar has left no stone unturned in flaunting his cooking skills at his team hotel in Indore as the legendary cricketer made good use of the extra time at his disposal after a Road Safety World Series match involving his India Legends team was washed out at the Holkar Stadium on Monday, September 19.

Most Indian fans are well aware of the fact that Sachin Tendulkar loves cooking and spending time in the kitchen and it was evident once again when he aced the process of making omelets. Tendulkar flaunted his flipping skills in an Instagram post on Tuesday.

Sharing the video in which Sachin impressed the chefs in the team hotel, he captioned it said, “, – !” Tendulkar flipped the omelet on the pan as well as flicked cricket balls to the fences during his heyday. Tendulkar was even seen discussing the art of perfecting his dish with the chef in the mini clip he posted.

Sachin Tendulkar, who is one of the most-followed cricketers even after 9 years into his retirement, has been leading the India Legends in the Road Safety World Series. “Sachin, Sachin” chants have often been heard across venues as India Legends are playing Road Safety World Series against former cricketers from other cricket nations across the country.

On Monday, India’s match against New Zealand Legends was washed-off due to rain after just 5.5 overs were bowled. However, Tendulkar won hearts by taking a lap around the ground and thanking fans who had come in huge numbers to watch the match.

Sachin Tendulkar did not disappoint as he had smashed 4 boundaries during his 13-ball 19 not out before it started pouring in Indore. Tendulkar took fans down memory lane by playing a near-perfect ‘Dil-scoop’ in Kyle Mills’s over. 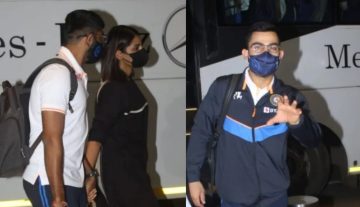