Batting maestro Sachin Tendulkar has commented on the missing team spirit in Duleep Trophy and feels BCCI President Sourav Ganguly should take a step. He wants Ganguly to initiate a revamp of the Duleep Trophy as players competing in the event seem more focussed on individual performances instead of their teams. The batting maestro feels that the team bonding is missing from the four-day tournament, which can be brought back by bringing in four Ranji Trophy semifinalists along with two teams of promising U-19 and U-23 players as well.

“I want him (Ganguly) to consider looking at the Duleep Trophy…I feel Duleep Trophy is one tournament where one is getting to hear that players are possibly more focused on their own performances and what the next tournament is and they play accordingly,” Sachin Tendulkar told PTI in an exclusive interaction. “For instance if there’s an IPL auction, or an upcoming T20 tournament or one-day, players end up playing in that mode and not for their team or looking at the need of the hour.”

“This is one change I would like to see because cricket has always been a team sport. It is all about team spirit bonding and playing together as a team. Not as individuals,” he said. “Top four Ranji teams and there should be two more teams because there would be a number of teams with talented individuals but which did not qualify. You pick these players from various teams, also promote talented age-group players from Under-19 and Under-23.”

“If there’s someone exceptionally talented U19 then you can look at those players. Bring them and have this tournament together. So you have got the best of both. You have got four leading Ranji teams who have been playing together,” Sachin Tendulkar concluded. 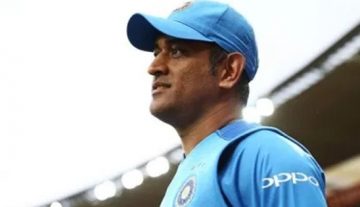 Article
By Shruti - Jan 20, 2020
No doubt MS Dhoni will be retained by Chennai Super Kings for IPL 2021, Confirms N Srinivasan