Former Pakistan captain Salman Butt has said that Team India’s left-arm pacer Arshdeep Singh will be effective only if there is help from the surface. He added that on true pitches, the youngster finds it very difficult to make an impact. Arshdeep, however, has made an impressive start to his T20I career. In 21 matches, he has picked up 33 wickets at an average of 18.12 and an economy rate of 8.17. Based on his T20I success, he earned an ODI call-up in the first ODI against New Zealand at Eden Park in Auckland last week.

The left-arm pacer didn’t have a great ODI debut, conceding 68 runs in 8.1 overs while going wicketless. A cricket fan on Butt’s YouTube show questioned him about this as well. While he was asked if Arshdeep lacks potency when the surface does not offer him assistance, the former Pakistan skipper nodded in agreement.

He said, “Yes, everyone has seen it. This is not something that needs to be said. It has been quite evident that where there is moisture, his first spell is very effective. Once the ball is old and the pitch is true, then things become difficult for him.” 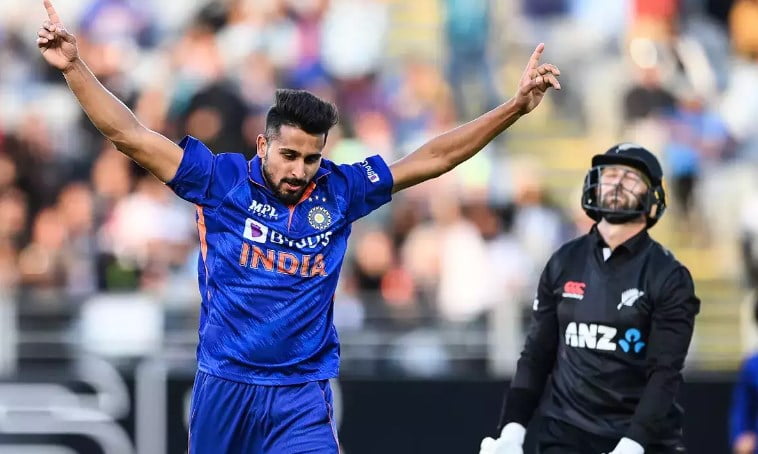 Meanwhile, another fast bowler Umran Malik, who was also playing his first game for India in the format, did quite well. He removed Devon Conway and Daryl Mitchell, ending the game with figures of 2/66 as well.

“It is not like he doesn’t have talent, but obviously he lacks that experience. Also, with this pace, it will be very difficult for him to threaten batters. Either if he gains five to seven kms in his pace, which should be consistent, or he develops very strong line and length; very good disguise of cutters and slower ones. He will need to develop these things to improve,” Salman Butt concluded.