Nepal’s spinner, Sandeep Lamichhane confirmed on Saturday that he has decided to return to the country to face the sexual assault charges directed at him. Lamichhane grabbed the headlines last month when he was accused of sexually assaulting a minor in a hotel room in Kathmandu. The former Nepal cricket team skipper, who was playing in the CPL at the time, had said that he was returning to his home country to face the charges leveled at him.

Nepal cricket had suspended Sandeep Lamichhane with immediate effect as well. The spinner said on Sunday that he would be returning to the country as soon as possible to face the charges. Now in a new post on Facebook, the 21-year-old said that he will be returning to Nepal on the 6th of October and will surrender himself to the authorities and fight the legal battle.

Sandeep Lamichhane went on to reiterate his claim that he was innocent and said he had full faith in the justice system of the country.

In his post, Sandeep Lamichhane wrote, “With great hope and strength, I hereby confirm that I am reaching my home country, Nepal on this 6th October 2022 and will submit myself to the authority of Nepal to fight a legal battle against the false allegation.”

He further added, “I hereby reiterate that I am INNOCENT and I have complete non-shaken faith in the justice system. I firmly believe in all the law enforcement authorities and honorable courts for their fair trial and adjudication and I am just hoping to get justice at the earliest.”

Sandeep Lamichhane concluded, “My dear well-wishers I assure you all that I am innocent and I have not wronged you. I have recovered from the unpleasant situation I went through and I have prepared myself to go through this ordeal to prove myself innocent and a victim of a conspiracy. I am sure all wrongful allegations charged against me will be unfolded by the span of time.” 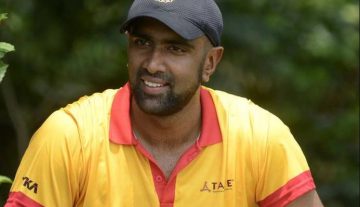