Sports presenter, Sanjana Ganesan, who happens to be the wife of the premier Indian pacer, Jasprit Bumrah was not in the mood of leaving any stone unturned while coming hard on her trolls on social media recently and unsurprisingly, she has done this earlier as well. Lately, the sports presenter has given a befitting reply to one of the bullies who made an unwanted comment.

Sanjana Ganesan is currently in Australia to cover the ongoing T20 World Cup 2022. She posted a photograph on her official Instagram handle recently where she got herself clicked at a spectators’ section at the SCG where New Zealand and Pakistan will be locking horns in the first semifinal on Wednesday, November 9.

In an unwanted incident, one of the trolls commented: “Mam itni khubsurat bhi nahi ho But Bumrah ko kaise pata liya” [You are not that beautiful. How did you get married to Jasprit Bumrah?]

As soon as this came to Sanjana Ganesan’s notice, she asked the offender to first take a good look at himself before passing such comments. Ganesan wrote, “Aur khud jo chappal jaisi shakal lekar ghoom rahe ho uska kya?” [What about your own ugly face?]

Ganesan later took to her Instagram story to ask some pertinent questions after being at the receiving end of “hundreds of hurtful comments left on my people by people like him on my profile everyday?”

Meanwhile, Jasprit Bumrah is missing the marquee event as he was ruled out after his back injury worsened during the home series against South Africa prior to the T20 World Cup. This injury first affected Bumrah in August and that led to him getting ruled out of the Asia Cup 2022 squad in the UAE where India failed to defend their title.

In the premier pacer’s absence, India’s death bowling looked fragile in the continental tournament. Jasprit Bumrah was ultimately replaced by his long-time bowling partner Mohammed Shami for the ongoing tournament. Meanwhile, India will be facing England in the second semifinal on November 10. 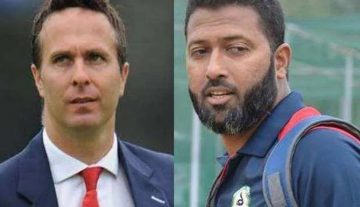