On Monday, the Indian selection committee headed by MSK Prasad announced the World Cup squad and even since, the terms ‘Three dimensional’ has become the buzzword in the Indian cricket fraternity. The selections raised quite a few eyebrows as players like Rishabh Pant and Ambati Rayudu were omitted from the team. Instead of Rayudu, who was widely seen as India’s No. 4 for the World Cup the selectors went for in-form all-rounder Vijay Shankar.

Rayudu had made his way into the Indian team after his consistent performances in the IPL 2018. He continued his form in the Asia Cup 2018 and was phenomenal in the West Indies series at home where he had scored a century as well. Even, the skipper Virat Kohli acknowledged that Rayudu “is the right” choice for the No.4 spot.

In the meantime, Shankar came out all guns blazing with a few impressive cameos with the bat. He showed that he has the ability to bat under pressure and that he can be used as a floater as well in the middle-order, even one of his best knocks came with Rayudu itself.

ALSO READ: Rayudu And Pant Finally Gets Some Ray Of Hope

However, the decision has been hugely criticized with many saying that dropping Rayudu was not fair. Prasad is facing the heat not only for the decision but also his choice of words.  The chief selector said that Shankar was preferred ahead of Rayudu because of being three-dimensional.

During the announcement, Prasad said, “After the Champions Trophy [in 2017], we have tried quite a few middle-order batsmen, which also includes Dinesh Karthik at that order, and we also tried Shreyas Iyer and Manish Pandey. We did give a few more chances to Rayudu but what Vijay Shankar offers is three dimensions.” 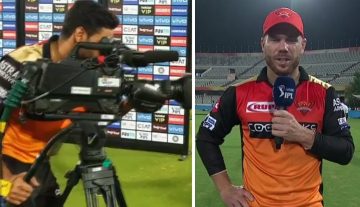