In India, life is not that easy as it seems for a celebrity as there are numerous subtleties that one has to be dealing with. Many a time fans have been seen proposing cricketers during live matches, holding up posters. Some of the fans even go to any extent sometimes to please their favorite cricketers. However, it is somewhat a different case with Sachin Tendulkar. Sachin accumulated the love of his fans for as long 24 long years on the cricket field and that has been continuing even after his retirement.

But it is Sachin’s daughter Sara Tendulkar has been facing troubles in the recent times. A stalker made 20 phone calls to Tendulkar’s office, passed vulgar comments about Sara and even frightened to kidnap her last month. Sara had registered a police complaint against the man identified as Debkumar Maity. Following the complaint, the police started the investigation and arrested the man. But his family claimed that he was mentally unstable.

Debkumar has once again made it to the news with his controversial statements. He left everyone puzzled when he said that lightning struck him and asked him to marry Sara. For the matter of fact, he has never seen Sachin’s daughter in person. He has been to Mumbai only once in his life, for handicraft-related work. He said, “Mai Sara se shaadi karna chahta hu (I want to marry Sara)”. So, how did he fall in love? “Watching her on TV.” 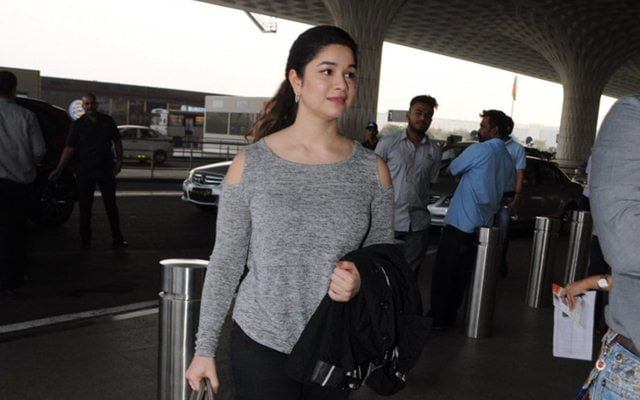 As per some of the media reports, the arrested man said, “I looked up in the sky and asked, ‘Is Sara Tendulkar my wife?’, and lightning struck to confirm it. I said it on the phone when I called Tendulkar’s office.” He managed Sara’s number from one of his nephews, who surfed the net to get it done. Debkumar confirmed that he called the number 20-25 times.

Debkumar also revealed that he has a tattoo on his wrist which reads ‘Deb and Sara’, he said, “I used to say, in broken Hindi, ‘Sara Tendulkar is my life and I want to marry her’. Ships, trains stop at my sight. Even I am the best in the world.”

The most shocking part is, he got the tattoo done in 2013 and claims he loves Sara since 2011. The girl was only 13 back then. He left everyone bewildered when he said that he has no regret for his decisions.