Pakistan skipper Sarfraz Ahmed accepted that his team’s performance against India on Sunday where the men in blue registered a comfortable 9-wicket victory was way below than expectations. Pakistan had already lost their Group A encounter against India on Wednesday. Batting first, they only managed to put up a total of 162 on the board. India had no difficulties chasing it down as Rohit Sharma led the charge with a quickfire 50.

The script of the Sunday game was no different as men in green once again elected to bat first and once again their batsmen folded. Shoaib Malik and Sarfraz Ahmed were the only two players who made useful contributions to the side. But even 237 proved to be too simple for India’s openers, who by themselves pulled the Men in Blue to victory.

Rohit and Dhawan both scored fabulous centuries, and India sealed a place in the Asia Cup final. To make matters worse for Pakistan, their players dropped simple catches on various occasions. A side which was recently known for its fantastic fielding has put on two disappointing performances on the field.

Talking about their team’s performance, during the  “If we keep dropping catches, we won’t win games. We’ve done the hard work at fielding. So I’m not sure what’s going wrong. I thought the pitch was difficult to bat on, that it would be hard for a new batsman to start here and for that reason, we should have held on to our catches.”

Sarfraz also acknowledged that Pakistan were “20-30 runs short” against India on Sunday. He also praised for Rohit Sharma and Shikhar Dhawan for their performances. But what continues to bother Sarfraz is that Pakistan’s skill level is still far from India’s.

He explained, “They had set batsmen to do the job. We’re trying to get early wickets, we’re talking with the bowlers, and when we don’t get them, with batsmen like Rohit and Dhawan, it’s hard to come back. Their skill-level is high, ours is not quite there, but by the final, we’ll get better. It’s a do-or-die match for us in the next game (against Bangladesh), we’ll do our best.”

Pakistan will now lock horns with Bangladesh in a virtual semi-final on Wednesday, the winner of that contest will play India in the final on Friday, September 28. 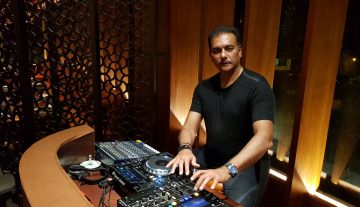