Pakistan captain Sarfraz Ahmed has recently put himself into the tough position after making the racial comments to the South African cricketer Andile Phehlukwayo during the Durban ODI. While that incident hasn’t entirely cooled, Sarfraz once again has entered to the new controversy for his another comment and that too in the same game.

Recently, another video has been brought out of the Durban ODI where the Pakistan captain seemed to make another inappropriate comment on the field and this time it was for the South African captain Faf du Plessis.

After Faf played an uncomfortable delivery of the Pakistan pacer Faheem Ashram on 4.4 overs of the innings as South Africa was struggling on 24/2, Sarfraz made that inappropriate comment.

The stump mics caught his words which were, “Yaheen kar isko yaheen kar, bacha baazi karta hai yeh” (bowl more of these stuff to this batsman, he indulges in ‘bacha bazi’).

‘Bacha bazi’ is a slang term in Afghanistan. It is the ugly practice where the young boys dance in parties by wearing the female clothes and/or involves in sexual relations.

Earlier, Sarfraz has been criticised hugely for his racial comments to another South African cricketer Andile Phehlukwayo in that same game.

South Africa won that game by five wickets, thanks to Phehlukwayo’s incredible all-round performances for which he won the Player of the Match award. After achieving the bowling figures of 9.5-2-22-4, Phehlukwayo played a match-winning knock of unbeaten 69 off 80 balls after coming to bat at the struggling position of 80/5 against the target of 204 runs.

Sarfraz has been slammed for his racial comments in that game. Later, he apologised publicly through his official Twitter account and also apologised personally to Phehlukwayo. Though ICC can still take the serious action against Sarfraz for that racial comment, Faf and Phehlukwayo both have forgiven him for that comment. 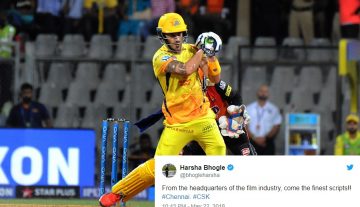