Currently, Pakistan and West Indies are locking horns with each other in the first game of the three-match ODI series at the Multan Cricket Stadium in Multan. However, in the first innings, Pakistan leg-spinner, Shadab Khan took an outstanding one-handed diving catch to send back Shamarh Brooks on the bowling of Mohammad Nawaz.

Earlier, after winning the toss, the visiting skipper, Nicholas Pooran won the toss and decided to bat first citing the batting-friendly conditions. The Windies were looking for a good start but Shaheen Afridi spoiled the party as he dismissed Kyle Mayers in the third over of the innings itself. However, Shai Hope along with Shamarh Brooks stitched a steady partnership for the third wicket.

Shai Hope along with Shamarh Brooks managed to add as many as 154 runs for the second wicket before the latter got dismissed by Mohammad Nawaz in the 31st over. A lot of credit for the wicket goes to Shadab Khan who took a brilliant diving catch.

ALSO READ: Babar Azam On The Verge Breaking The Record Of Virat Kohli

On the last ball of the 31st over, Shamarh Brooks decided to go for a big slog-sweep, but inly managed to get a thick-edge still it looked that the ball was landing in a safe area but Shadab Khan came running in and he grabbed the catch with his left hand outstretched by putting a full-length dive.

Here is the video of the catch taken by Shadab Khan: 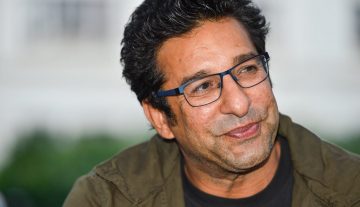