Despite the current cross-border tension is restricted the Indo-Pak bilateral cricketing ties but Pakistani all-rounder Shahid Afridi loves to put across a point strongly — his “cordial relationship” with India skipper Virat Kohli cannot and will not be defined by political situation. 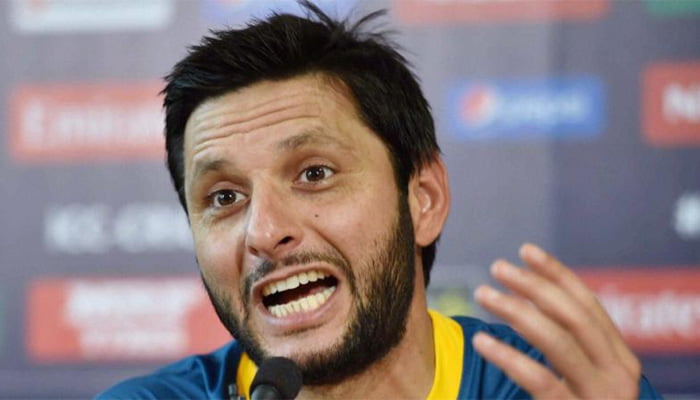 Talking about the relation further, Afridi said, “My relationship with Virat is not dictated by the political situation. Virat is a fantastic human being and an ambassador of cricket for his country, just like I am for my country. He (Kohli) has always shown a lot of respect and has even gone out of his way to present a signed jersey for my foundation (Shahid Afridi Foundation).”

Talking about the Indo-Pak cricketing ties, Shahid said, “I believe as cricketers we can set examples of how the relationship between individuals can be a template for a relationship between countries. I think after Pakistan, the two countries where I have received most love and respect are India and Australia.”

For someone, who was an extremist during his international career, Afridi loves Kohli’s aggression and reckons that supporting juniors in crisis situations has also helped him in earning respect from young players. He said, “Virat is doing a brilliant job. I have no problem with aggression if it is a controlled one. And Virat’s character is different from Mahendra Singh Dhoni, who was a composed individual. Now suddenly, you cannot change the inherent nature of a person. Virat’s greatest asset is that he can take the team along.”

During the couple of days of Ice Cricket at St Moritz tournament, Afridi at times even surpass Virender Sehwag in terms of popularity, thanks to the presence of a larger number of expatriate Pakistani fans, who had thronged St Moritz.

Afridi autographed the posters, even a Pakistan Tehreek-e-Insaf flag, helped all the selfie seekers, seemed a bit annoyed with multiple one-on-one interview requests, took his wife and youngest daughter out for a walk down the lake and did not even give a second glance at a young Pakistani woman, who in front of everyone shouted “Lala aapse kabhi alag se mil sakti hoon (Can I meet you somewhere else?).”

The moment he entered the frozen lake wearing the orange jumper, St Moritz turned into a ‘Lala Land’ as everyone wanted a piece of their beloved ‘Lala’, as Pakistani fans affectionately call Afridi. With Shahid Afridi, there are no half measures — they all love the man more than the player.