On Monday, Bangladesh has announced their squad for the Nidahas Trophy 2018 and Shakib Al Hasan will be leading the squad in the Tri-Series. Bangladesh will be joined by India and the host Sri Lanka in a T20I Tri-Series which begins on March 6 in Colombo. The return of Shakib was confirmed by Bangladesh Cricket Board president Nazmul Hasan but he added that he may be available for only “one or two ” matches.

Apart from Shakib, two other cricketers made their return to give a boost to the squad. Taskin Ahmed and Mehidy Hasan will be back in the squad for Bangladesh which five other players, who were part of the T20Is against Sri Lanka, missed out.

As quoted in ESPNcricinfo, BCB chief selector Minhajul Abedin said, “We are still not up to the mark in T20s. We want to prepare an 18-member pool for the 2020 World T20s, which is why we picked some of them in the home series [earlier this month] after they did well in the BPL.” 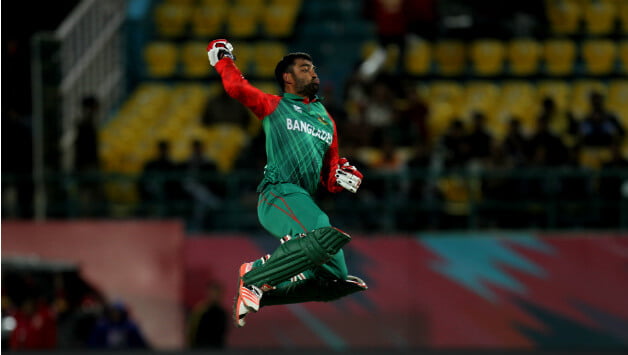 Bangladesh has gone with Tamim Iqbal and Soumya Sarkar as their openers with Imrul Kayes as their third opener. Mahmudullah, Sabbir Rahman and Mushfiqur Rahim will strengthen the middle order along with Shakib. Out of these names, a question was raised on the inclusion of Kayes and Sabbir.

Minhajul further elaborated, “Imrul has been included as the third opener because we were considering batsmen who are good against fast bowling. He opens for us in Tests. India has a lot of good fast bowlers. We have gone for an experienced player because we had a bad series against Sri Lanka. Sabbir has the most runs in T20s in the last year. He has the experience. We have considered him because we are playing against two experienced sides away from home. I am hopeful because he was also picked in the PSL.”

Talking about Taskin’s inclusion, BCB selector said, “The captain said that since we are playing in Premadasa where the ground is large and we need someone quick, we picked Taskin Ahmed who has the ability to bowl yorkers and bouncers. Among all the fast bowlers in Bangladesh, Taskin is the fastest. The team management has a plan for him.”