After the England players and Australia speedster, Pat Cummins’ news came of not taking part in the rest of the Indian Premier League (IPL) matches when it will resume, another big blow came as Bangladesh players Shakib Al Hasan and Mustafizur Rahman would not take part in the remainder of the IPL 2021 as well.

This news came after the Bangladesh Cricket Board said that they would not give no-objection certificates to the players. While Shakib Al Hasan is a part of the Kolkata Knight Riders squad, Mustafizur Rahman has been playing for Rajasthan Royals. However, the BCB will decline NOC as Bangladesh will play some international series prior to the ICC T20 World Cup, Nazmul Hossain, the BCB president, has revealed.

“It is almost impossible to provide NOC (for IPL) considering our international commitments. I don’t see any chance of giving it (NOC) to them. We have the (T20) world cup coming up and now every match is important,” Nazmul was quoted saying by Ekkator TV, a news channel in Bangladesh.

While Bangladesh will play against Australia, England and New Zealand, England and Wales Cricket Board has also said English players wouldn’t be featured in the cash-rich league as they have a packed schedule as well. Shakib Al Hasan has played three games for KKR in IPL 2021 whereas Mustafizur has played all games for Rajasthan Royals.

The rest of the 2021 edition of the Indian Premier League (IPL) will take place in UAE during the September-October window. The decision was taken by the Board of Control for Cricket in India (BCCI) in its Special General Meeting today.

In a recent statement on Saturday, BCCI general secretary Jay Shah has shared that due to the monsoon season in India in the months of September-October, the board has decided to select UAE as the venue to resume the cash-rich league.

“The Board of Control for Cricket in India (BCCI) on Saturday announced to complete the remaining matches of VIVO Indian Premier League 2021 season in the United Arab Emirates (U.A.E) considering the monsoon season in India in the months of September-October this year,” Shah said in a statement.

It is also noteworthy that, the league was suspended midway earlier this month when several players and support staff started getting affected by the deadly coronavirus despite being in bio-bubbles for over a month. There were speculations about whether the league should complete this year. Even, it came under the scanner for taking place amid the crunch time of COVID-19 as well. 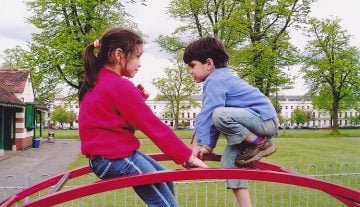