Indian fast bowler Mohammed Shami’s tussle with wife Hasin Jahan has grabbed a lot of eyeballs since March and the intensity of the issue has always increased with each and every development of events. Jahan earlier alleged Shami of domestic violence, match-fixing, extra-marital affairs and delivering death threats. The issue went to such an extent that Shami’s cricketing career also came under the scrutiny.

The Board of Control for Cricket in India (BCCI) even withheld Shami’s contract and investigations were done on the match-fixing accusation. However, the scenario gradually kept turning in favor of Shami and he was proven innocent. Subsequently, he was awarded a Grade B contract to play for the national team. Thereafter, Jahan contacted many eminent personalities to try and prove his husband guilty.

Recently, Shami has finally got some signs of relief as his wife lost the maintenance lawsuit on Friday. Earlier, Jahan demanded INR 7 lakh per month from the Indian pacer as a part of family maintenance, but her requests have been rejected by the Alipore Court as per reports in Zee News. Previously Shami refused to pay her for the reason that she had started her acting and modeling career again.

Hasin’s attorney has defended her by saying that she is trying to commence her career again, but it hasn’t got off the blocks yet. However, Neha Sharma, the judge, has approved the claim for their daughter. Shami has been asked to pay INR 80,000 per month for the daughter. Shami’s advocate mentioned that the fast-bowler is ready to pay for her daughter ever since the beginning.

Back in April, Jahan demanded a monthly compensation of INR 10 lakhs for the time the case is on. She asked for INR 7 lakh for her maintenance and INR 3 lakhs for her daughter. Shami is currently in England where he is representing the Indian national team in the five-match Test series against Joe Root and his men. 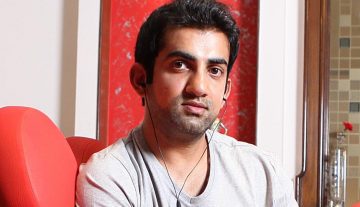