Mohammad Shami’s recent heroics with the white-ball have confirmed his place in the flight to England for the ICC Cricket World Cup 2019. Earlier, Shami was in and out from India’s limited-overs squad but since the ODI series in Australia, he is leaving an impression whenever getting a chance to play in the ODIs.

Although, Shami was always a good fast bowler in the ODI cricket a knee injury during the ICC World Cup 2015 in Australia and New Zealand sidelined him from this format for a good one and a half years. Recently, he became the quickest Indian bowler to reach the 100 wicket milestone.

Shami did well in the Hyderabad ODI against Australia and earned Captain’s praises as well. At the post-match presentation, Virat Kohli said “the way Shami has come into the white-ball setup. Never seen him so lean before. Got Maxi (Maxwell) out on 40-odd with a beautiful wicket. Just looking good for the World Cup.”

“Mohammed Shami has been really impressive, not just in this series and today’s game but for the last year and year-and-half. From South Africa tour I would say. Test cricket, he bowled really well. Bowled long spells. His fitness has been really really impressive,” Nehra, who has one of India’s best bowling performances in the World Cup with 6 for 23 against England in the 2003 edition in SA, was quoted as saying by CricketNext. “He is going to be a big asset for India.”

India won the first ODI against Australia by six wickets to take a 1-0 lead in the five-match series. Now both teams will lock horns in Nagpur’s Vidarbha Cricket Association in the second ODI on Tuesday. 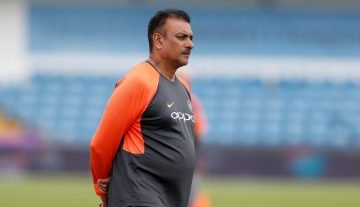 Article
By CricShotsStaff - May 7, 2020
Ravi Shastri recalls competing with Javed Miandad for the Audi