Hardik Pandya is currently absent from the ground which made the national team management and supporters anxious alongside his IPL franchise Mumbai Indians (MI). The all-rounder is a key player for the defending champions of the Indian Premier League (IPL) but is yet to be fit to return. The 26-year-old was set to return to the national team in the ongoing tour of New Zealand but failed the fitness test.

With the IPL 2020 all set to begin on March 29, Mumbai are yet to know when Pandya will be back into the action. MI’s bowling coach Shane Bond, a former pace bowler from New Zealand, wants the all-rounder to play a few games before the IPL starts.

Read here: Harmanpreet Kaur Banks on the Youngsters in the Team

Shane Bond, however, said that he is confident that Hardik Pandya will return with a bang. The all-rounder, who is recovering from a back injury, last seen in the blue in the T20I series against South Africa at home in September 2019. He underwent successful surgery in the UK last year in October.

“I only hope he gets to play some cricket before the IPL and always believe it’s better to spend a little bit longer for coming back rather than rushing it. There’s no doubt he can come back. I am just pleased that they are taking an orthodox approach with Hardik’s rehabilitation and T20s, especially the IPL will be nice for him to comeback as he will not be over-bowled,” Bond was quoted as saying by Times Now.

However, Hardik Pandya has started his net session at the National Cricket Academy in Bengaluru recently. Although, it is not yet clear when he will be back. He is expected to make a comeback in the ODI series against South Africa next month or the IPL. However, he pulled himself out of India ‘A’ side’s tour of NZ last month as well. 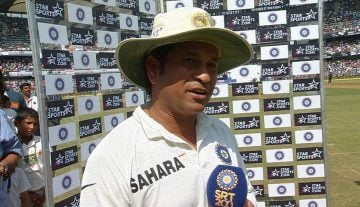