Former New Zealand bowler Shane Bond has shared his desire to be England’s bowling coach as well as Chris Silverwood’s assistant. The England team are currently preparing for their upcoming Test series against New Zealand.

“I know all the English guys. I caught up with them in Christchurch when they down for their pre-season tournament [T20 warm-up fixtures]. I really enjoyed being with the team and liked the guys,” Bond said. “I think you look at everything that’s put in front of you, wherever the opportunities come up. There was a massive clearing of the decks after the World Cup and coaches moved not only in the franchise world but in the international world as well.

“Whatever you’re doing as a coach, you want something that’s going to excite you, hopefully, make you better, present a different opportunity – I think you look at everything that comes across your door,” he added.

The former New Zealand speedster, who is also the bowling coach of the successful IPL franchise Mumbai Indians, was recently named as an assistant coach for the Southern Brave side in ECB’s new venture The Hundred. Shane Bond is currently working with the New Zealand squad as a bowling consultant, replacing Shane Jurgensen, for the five-match T20I series, although he said that it would be tough for him to stay away from home if he does bag the role.

“The biggest challenge of the international game is the grind of a coach. Look at England in particular: 300 days a year on the road, it’s challenging on family life. Whether it’s coaches or players, good management of people is paramount,” Shane Bond concluded. 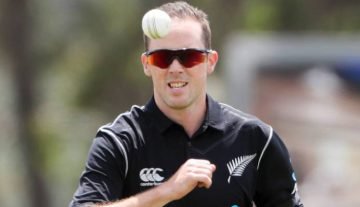 News
By Sandy - Jan 29, 2019
Todd Astle Is Not Very Happy Despite His National Team Selection