Rajasthan Royals (RR) has been one of the most successful teams in the Indian Premier League (IPL) 2020 so far. They have managed to register some huge scores owing to brilliant batting from Steve Smith, Sanju Samson, and the young Rahul Tewatia. But for RR, the availability of their international players has been a big issue. Earlier, there were doubts about the availability of skipper Steve Smith, until a day before their first match in IPL 2020 against Chennai Super Kings (CSK).

Smith had missed the ODI series against England ahead of the IPL 2020, due to concussion-related issues during the England tour. After that, it was Jos Buttler, who missed the first match for following the six-day quarantine just. And then availability fo Ben Stokes is still under some serious doubt, who is in New Zealand to spend time with his father who was diagnosed with brain cancer earlier in August this year.

Talking about Stokes, RR mentor confirmed that the team still has not got any update on the availability of the all-rounder, but they were hopeful that he will play a part in the tournament.

Talking to PTI, Warne said, “Hopefully, Ben Stokes would play a part this year, he’s a big loss and our thoughts are with him, but you know, add Ben to the team that played the other night and it looks a very, very good side.”

Meanwhile, Warne said that he was happy with the way the team had been playing as he also showered praises on skipper Steve Smith for his decision to open the batting for the first time ever in his career.

Elaborating his views on Smith, RR mentor said, “I liked it, him [Smith] coming to open the innings. I am always a big believer in your best player having the opportunity to face the most amount of deliveries, so for me you know Jos Buttler, Steve Smith and Sanju are one, two, and three, respectively.” 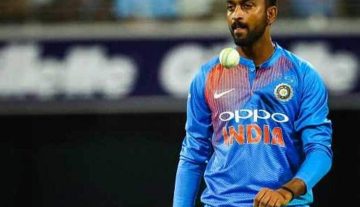