On this day, Australian leg-spinner Shane Warne went on from Aussie International to becoming a global star. Back in 1993, The Aussie Leg Spinner bowled his first Ashes delivery at Old Trafford. Warne’s delivery shocked and dropped the jaw of every cricket fan whoever witnessed the miracle. The Australian leggie dismissed England batsman Mike Gatting with a delivery that sent shock waves all across the world.

Shane Warne was comparatively new to test Cricket. The then 23-year-old young had featured in only 11 Test matches before he toured England for the Ashes. Being comparatively unpopular name, the crowd didn’t expect too much from him when he came onto bowl. However, he announced his arrival to everyone with that first delivery which got rid of Mike Gatting.

Warne bowled the iconic had leg-spinner ball that pitched outside leg and went on to hit the off-stump that left everyone in disbelief. This delivery by Warne is now known as ‘ball-of-the-century’.

Recalling the magical ball, Warne said, “With the ball to Gatting, all I tried to do was a pitch on leg stump and spin it a fair way.”

“As it left my hand it felt just about perfect. When leg-break works really well it curves away to the leg side in the air before pitching and spinning back the other way. The curve in the air comes from the amount of spin on the ball, and in this case, I had managed to put quite a lot of purchase on this delivery. That is why it dipped and curved away so far and then spun back such a long way.”

We're never getting over this, Warney 🤩pic.twitter.com/JXEAU9KGhR

He added, “I knew I’d bowled Gatt. I could tell by the look on Healy’s face behind the stumps that the ball had done something special,. But it was not until I saw a replay during the lunch break that I fully realized how much it had done.”

However, Warne went to share the downside of the legendary delivery. He spoke how fame leads to every move he made being scrutinized by media all the time. 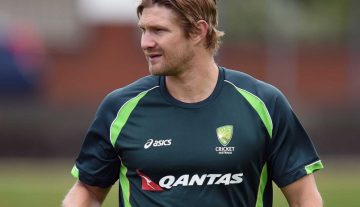