On Wednesday, the legendary Australian spinner, Shane Warne went on to express that he was bowled over by the Spanish web series ‘Money Heist’ and he cannot wait to lay his hands on the fifth season. He took to his official Twitter handle and expressed his excitement for the next season of one of the most popular TV series in the world.

Tweeting about the same, Warne wrote, “How good is the series -“Money Heist” !! Wish season 5 would hurry up and start already (when is it available to watch) ? Who’s your fav character followers?”

Denver ! Love and hate that laugh !

Former India all-rounder Yuvraj Singh was quick to notice Warne’s social media post and revealed that ‘Denver’ was his personal favorite character from the show as he commented, “Denver ! Love and hate that laugh!”

Part 4 of the Spanish series Money Heist (La Casa Da Papel) was unveiled last month and received positive reviews as most of the fans were eagerly waiting for it. The series revolves around a group of people pulling off carefully planned heists. In the first season, they begin printing their own money at the Royal Mint of Spain. There have been four seasons that are out with the fifth one yet to be released.

Earlier this month, Warne had expressed his concerns for the Australian spinners. He said there are a plethora of quality spinners who can fill in the shoes of Nathan Lyon and urged CA to ensure that states include a spinner in every Sheffield Shield game. 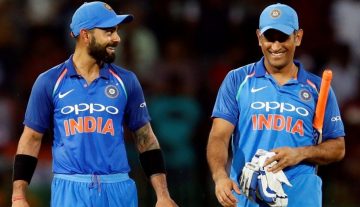