Rajasthan Royals (RR) mentor Shane Warne reckons that the wicket-keeper batsman, Sanju Samson has a consistent performer in the ongoing Indian Premier League (IPL) 2020, then he will definitely play for India in all formats of the game. Samson has played two matches in this year’s IPL so far and has managed to score 159 runs. In the first match against Chennai Super Kings, he played a fiery knock of 74 runs and followed it up by  85 runs while chasing a target of 224 against Kings XI Punjab (KXIP).

In an interaction with ANI, talking about Samson, Warne said, “Sanju Samson should be playing all forms of the game for India. He is such a quality player, he’s shown that class again in the first game and I hope he has a consistent tournament this year. If he has a consistent tournament this year I think you’ll see him representing India in all forms of the game. He is a very special talent and I hope he hits the international stage very soon.”

Warne has been involved with the Royals since the inaugural edition in 2008 and he also led the Rajasthan Royals to the title win in the inaugural season. He played a crucial role in grooming youngsters like Ravindra Jadeja and many Indian cricketers like Mohammad Kaif, Yusuf Pathan have talked about the leadership skills of Warne.

Describing the same, Shane Warne said, “Back in 2008, it was just such a wonderful time, and every now and then you connect and get involved with something that is super special and is magic. The squad we had in 2008 produced some magic and lifetime friendships. I hope there’s always a role for me here at the Royals because I’m passionate and just love Rajasthan Royals very very much.”

Under the captaincy of Steve Smith, RR has won their opening two matches of the tournament so far. The side outclassed Chennai Super Kings by 16 runs and gained an improbable four-wicket victory over Kings XI Punjab.

Talking about his role as a mentor, Warne said: “My mentor role, it’s a bit different this year. I would be watching just like anybody else and then I’ll be sitting with Andrew McDonald and Steve Smith after each game, see if I saw anything, talk to them and listen to them talk and their ideas and add some of my thoughts. So that part and then being around training, motivating the group, helping out individuals in the team, trying to get the best out of them.” 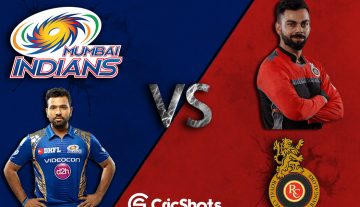