Ever since Virat Kohli has decided to step down from the captain of the Indian team across the formats, there has been a pertinent question floating around that who will be the next captain of the Test team especially, after Rohit Sharma has become the captain in the limited-overs format. What makes finding Kohli’s successor all the more tedious is the rise of Indian cricket in recent times at least in the last 4-5 years.

Legendary Australian leg-spinner, Shane Warne is not in favor of Rishabh Pant becoming the captain of the Indian Test team as he suggested a rather unique name to take over as India’s next long-term skipper.

During a recent chat with Hindustan Times, Shane Warne said, “For me, Jasprit Bumrah could do it but I think Rohit for the next couple of years and have him (Bumrah) as deputy. I don’t like a wicketkeeper as captain. I think a wicketkeeper makes a good vice-captain and deputies, never captain. Rahane would be fantastic but his form just has just slipped a little lately. He just needs to make sure he is making runs.”

The possibility of Jasprit Bumrah leading the Indian Test team too throws a couple of questions. Although the prospect of captaining India seems a tempting option for the 28-year-old pacer, he has played just a couple of Tests at home. As compared to him, Pant is a far more reliable option as he has shown while leading the Delhi Capitals in the IPL, but he needs to be more responsible while leading the team and avoid ‘brain-fades’ with the bat.

Explaining the same, Shane Warne said, “Do not change, Rishabh Pant. He is my favorite cricketer. Let him keep playing the way he plays. The only statement I would say to Rishabh Pant… ‘All he needs to ask himself all the time is… what does the team need me to do right now? He asks himself that question and he will play the right way. Just play the way you play because he is exciting and he is great to watch.”

Outside of cricket, Shane Warne spoke about his recently-released documentary film, which was released on January 15, 2022. ‘Shane’ comprises details even Warne’s book did not capture, including never-seen-before footages. He revealed the pandemic gave him the opportunity to spin a docu-series on his glittering cricketing career.

Talking about the documentary, Shane Warne said, “With the pandemic, there was a time for reflection where everyone sort of looked back on their life, and Melbourne is the most locked down city in the world, I had plenty of time to talk with my kids and they wanted to know so much and ask me so many questions about my career.”

He further added, “Everyone seems to have loved this film, enjoy it. And I hope it gives an insight into me. This film contains footage that you’ve never seen before, I’ve never talked about before. There is a good 10-minute section on the IPL. And there are a lot of things in this film that people have never heard about, spoken of or seen.” 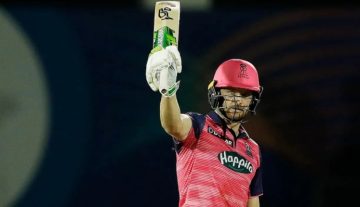