Cricket is a game full of beautiful memories that have provided players a platform to showcase their warrior spirit. From Anil Kumble’s bowling with a broken Jaw and Graeme Smith’s batting with a broken arm, we have seen it all. However, one such image that will stay in the minds of CSK fans would be Shane Watson and his bloody knee during the 2019 IPL finals.

On the night of May 13, CSK and Mumbai Indians played the 2019 IPL final in Hyderabad. Chasing Mumbai Indians score, Shane Watson played a stellar innings hitting 80 off 59 balls. In a recent chat, the Australian all-rounder revealed how he wasn’t even aware about his bloody knee until he was run out in the last over.

Recalling the same Wason spoke with the CSK handle on video chat saying, “I had absolutely no idea that had occurred. It wasn’t until actually when I was walking off after I had run myself out in the last over and stuffed it for CSK (laughs). The chance to win another final. So I was walking off and I saw blood and a cut.”

ALSO READ: MS Dhoni is the Greatest Of All Time, Claims Michael Hussey

Watson’s CSK team-mate Harbhajan Singh later revealed on social media that the Aussie allrounder required six stitches on the injury.  The injury occurred when Watson jumped in the third over of CSK’s chase, and cut his left leg while diving to get back in the crease.

“It cut through my pants. I thought it must have been because of my dive. But it wasn’t actually till the next day when my wife mentioned ‘there was blood on your pants’ like it was before that. There might have been some dive or dodgy run or whatever in the first few overs where I might have dived,” Watson said.

With the Indian government extending the lockdown till May 3, the uncertainty over the future of IPL has increased. It wouldn’t be wrong to expect IPL to get postponed and not happen now, especially in the current window. The Australian World Cup winner expressed his frustration on the current world situation with everyone locked down due to the pandemic. Watson also expressed his desire to play for the MS Dhoni-led franchise one more time.

Shane also took this opportunity to thank his CSK coach Stephen Fleming and MS Dhoni who backed him despite him being in poor form, especially during the 2018 version of IPL.

Watson wished, “Hopefully the things will sort of work out in the next few days and I will be able to play at least one more year with CSK. To be able to share the love of CSK, all around India not just in Chennai. And that’s the thing that blows me away. It is not just in Chennai but wherever we go, the support that we get is very strong.”

The Australian all-rounder signed off with, “So I hope this virus moves on and I have the pleasure to re-join CSK for some more time.” 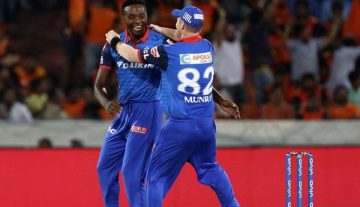