Former Australian all-rounder Shane Watson backs the suspended dependable Australian cricketers Steven Smith and David Warner by saying that they should be allowed to play the Big Bash League (BBL) for the upcoming season.

The Cape Town Test ball-tampering controversy hit the Australian cricket very hard. Due to involvement in that deliberate ball-tampering incident, skipper Steven Smith and vice-captain David Warner were suspended from the international and domestic cricket by Cricket Australia (CA) for one-year. Another young opening batsman Cameron Bancroft, who tried to change the ball condition by using sandpaper, suffered a nine-month banned from the international and domestic cricket.

As a result, all these cricketers are mostly out of the game. To get the match practice, Smith and Warner become a part of the inaugural edition of Global T20 Canada, which has begun on June 28. Recently, Warner has also signed in St Lucia Stars for the upcoming Caribbean Premier League (CPL) season.

Watson has felt disappointed with the current situations of Smith and Warner as they have to promote the overseas leagues while they can’t get an opportunity in the domestic cricket due to their suspension.

On Friday, the former Australian all-rounder told AFP, “The thing that just disappoints me about the whole situation is now Steve Smith and Dave Warner are over promoting other tournaments by playing in them.”

“I understand the rulings that happened at Cricket Australia, the 12-month bans and all the stipulations they put around that. But for them to have the opportunity to go and promote other tournaments, I’d prefer if they’re going to do that and have access to do that [that] they have access to promote the Big Bash, for example.”

At present, Australian cricket team is running in the poor form as recently they slipped down to the no.6 position in the ICC ODI rankings – their lowest in the last 34 years. Watson believes Smith and Warner are still important members in Australian cricket.

The 37-year-old said, “At the moment we’ve got a few world-class players and we’ll continue to discover those but they don’t just fall out of trees. That’s why Steve and Dave are such an integral part to Australian cricket, especially in the shorter format as well with the World Cup coming up.” 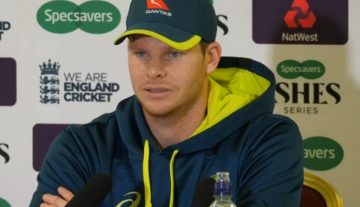