The Indian fast bowler Shardul Thakur reckons that he is well aware of the importance of staying fit and being ready to play for the country whenever his services are needed across all formats of the game in what promises to be a packed cricket calendar for the senior men’s national team. Thakur earned rewards for his hard work and perseverance as he returned to the Test squad, 3 years after getting injured after just 10 deliveries on his debut.

Shardul Thakur made a phenomenal comeback by putting in an all-around performance in India’s historic victory over Australia in the 4th and final Test of a 4-match series at the Gabba, Brisbane. As a result of his performance, Shardul was retained his place in the Test squad for the upcoming four-match Test series against England. Thakur, who has been a constant presence in India’s limited-overs squads, said India has a lot to look forward to in 2021 and it’s crucial to be ready to play both white-ball and red-ball formats.

Talking about the same during a chat with Sports Today, Thakur said, “We are playing back-to-back cricket. There the World Test Championship final coming up the end of the year we have the T20 World Cup coming up so it’s a mixture of both red-ball and white-ball cricket. Now it’s a good time to be hosting England for the 4-match Test series [in February]. Then again we’ll switch to the white ball leg, we’ll play ODIs and T20Is against England next before heading on to the IPL.”

Thakur also explained, “As a player, there will be challenges that we have to be fit throughout because when you’re playing for the country you have to be ready whenever you’re asked to play, you have to be on your toes. So staying fit will be one of the biggest challenges and also to perform with that fitness and make sure that we’re contributing to the team’s win.”

ALSO READ: Ajinkya Rahane Feels He Is The Deputy Of Virat Kohli In Test Cricket

The Indian pacer also opined that he will be rooting to prepare for the high-pressure WTC final. End of the year, Team India will play in the T20 World Cup and hence, whatever experience we gather during the upcoming matches will help us during the Test championship final and the T20 World Cup. 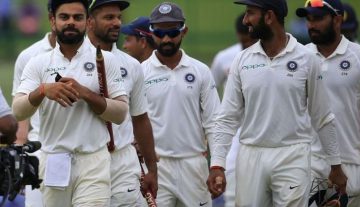