The Hardik Pandya-KL Rahul episode was a shocker for the cricketing fraternity. They were provisionally suspended for their misogynistic comments on the talk show ‘Koffee with Karan’. However, the BCCI’s CoA later lifted these bans pending inquiry and allowed them to continue playing cricket. During this period, both Pandya and Rahul underwent a lot of stress. However, head coach Ravi Shastri gave a piece of valuable advice to Pandya that might have eased things up slightly.

Hardik was included into the Indian team straightaway after the suspension was lifted. Maybe, with his kind words, Shastri might have helped get back into the scheme of things comfortably. The head coach advised the all-rounder to brush off what has happened and told him that he was born for better stuff.

Furthermore, the Indian head coach defended the all-rounder by questioning that who doesn’t make mistakes. He commended the BCCI for the way they handled things. He reckons that they did a good thing by bringing him back on to the cricket field. The left-arm spinner even noted that he was happy to see Hardik back in action.

Shastri further added, “Who doesn’t make mistakes? He has not made a mistake where you can book him for anything. I think the BCCI handled it well with a proper rap on his knuckles (for whatever was said). I don’t want to comment on the BCCI process, though. Only, that they brought him back to where he belongs. I am happy to see him where he belongs, on the cricket field.” 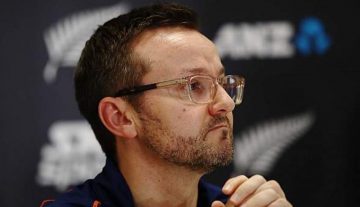