During the third ODI of India’s tour of South Africa in 1992 at Centurion, India beat South Africa by 4 wickets on the back of Ravi Shastri’s cameo, 27* (16), with the help of four fours.

Having lost the last two ODIs at Cape Town and Port Elizabeth, Mohammad Azharuddin, the then Indian captain, had won the toss and chose to field. South Africa ended up scoring 214-5 in 50 overs. Andrew Hudson top-scored with 87 (130) with the help of seven fours. With the bowling figures of 10-0-29-2, Anil Kumble was the pick of the Indian bowlers.

The Indian batting line-up revolved around WV Raman, who scored his maiden ODI century and career-best 114 (148) with the help of six fours and a six. Craig Matthews (10-0-56-3) was the best South African bowler.

Watch the video to see what exactly happened during the fag end of the Indian chase: 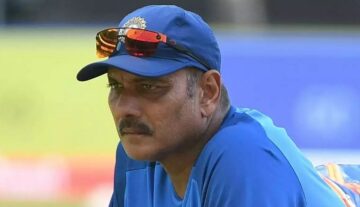