Experienced batter Sheldon Jackson might not play a lot for Kolkata Knight Riders (KKR) in IPL 2022 but he has played a lot of games in domestic cricket and he has done well behind the stumps. And, his glovework has been praised by many, including the great Sachin Tendulkar himself. The batting legend also tweeted that Jackson’s speed reminded him of MS Dhoni.

While speaking in an exclusive chat with Sportskeeda, Sheldon Jackson said: “That (glove speed) is one thing that comes very naturally to me. Because my basics were as a tennis ball cricketer. So keeping over there helped me with my hand speed. Getting compared to Dhoni sir, when I heard it, I was really over the moon, I was so happy that someone has noticed my abilities and have become vocal about it. I agree that I never did well with the bat, but I did very well with the gloves and there weren’t many people who even mentioned it.”

Sheldon Jackson also opened up on some of his fine moments behind the stumps that proved helpful for KKR. He added: “There were three matches that I almost turned with the gloves. One was the Robin Uthappa stumping, the Rohit Sharma catch and the RCB game, we didn’t win it but we took it to the 20th over and in that I caught Sherfane Rutherford. I feel people always emphasize on the negatives and don’t see the positives. So I took this positive back from the IPL that if I work on my keeping, things could get better for me.” 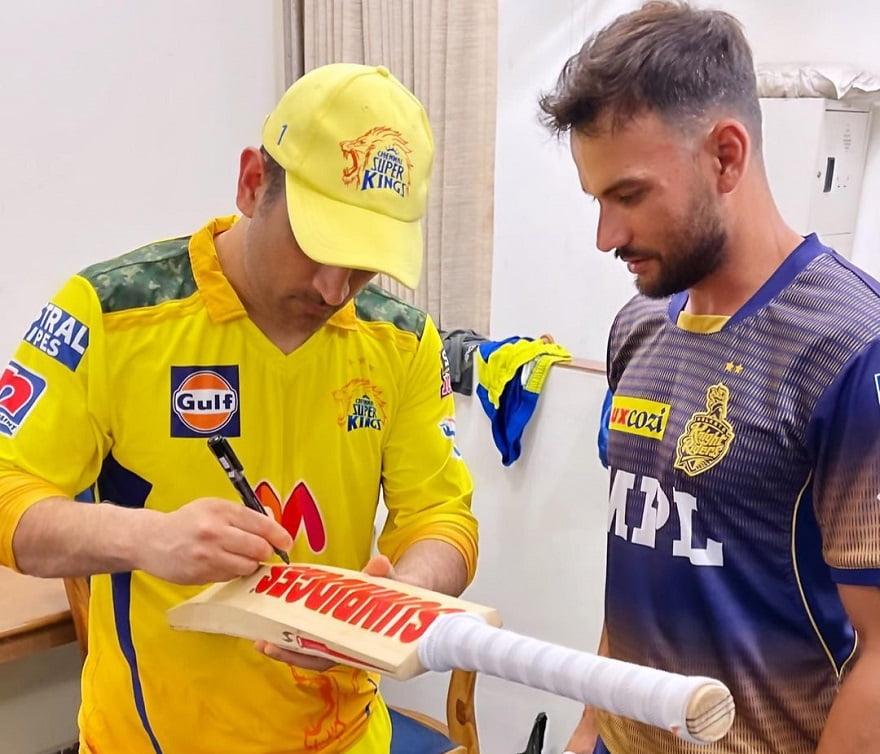 Sheldon Jackson did well with the gloves in the five matches he played. He will hope to carry forward his form in the future. He also spoke about former KKR head coach Brendon McCullum. He shared how the coach took care of his players even when they weren’t doing well.

“To be honest, I love McCullum a lot. The way he took care of his players and management when were not doing well, everything was very neutral in the KKR setup. For that to happen, you need a very levelled coach. The atmosphere was very calm and he was very approachable whenever you wanted to talk, leave a message, go to his room. These are the things that are the qualities of a good coach and he has all of them. He is just a magnet, people get attached very easily to him,” Sheldon Jackson further stated.