Delhi Capitals (DC) registered a nerve-wracking win over Chennai Super Kings (CSK) by five wickets with a ball to spare to go to the top of the points table in the ongoing Indian Premier League (IPL) 2020. Shikhar Dhawan was the stalwart for Delhi as he smashed his maiden IPL century and he along with Axar Patel chased down the required 17 runs in the final over. With this loss, CSK has no option but to win the rest of the five games to stand a chance to reach the playoffs.

After opting to bat first only lose Sam Curran in the first over itself. But it didn’t make much of a difference for the Men in Yellow as the experienced duo of Faf du Plessis and Shane Watson joined hands to attack the DC bowlers as they added 87 runs for the second wicket and they were threatening to take the game away from DC. But Nortje hit back well in the second over of his spell to castle the former Australian all-rounder.

Meanwhile, Du Plessis reached his fifty but he was dismissed by Kagiso Rabada. MS Dhoni‘s poor run with the bat continued as CSK looked like finishing at a below-par total in the 17th over at 129/4. But Ravindra Jadeja along with Ambati Rayudu added 50 runs off the last 21 balls. Jadeja ended on 33* of just 13 balls to help CSK reach a total of 179/4 in 20 overs.

The 180-run target was a decent one, but Prithvi Shaw was dismissed on duck by Deepak Chahar, but Shikhar DHawn ensured a good start for DC with a flurry of boundaries. Ajinkya Rahane came out to bat at three, but he perished by the sensational catch by Sam Curran. Shreyas Iyer then added 68 runs for the third wicket with Shikhar Dhawan, but the required run-rate was still around 10 around the 12th over.

Meanwhile, Dhawan made the most of the lifelines he got, as he started toying with the CSK bowlers and their field shuffling around the crease. But even then, the required didn’t come down and wickets all fell down from the other end, and it all came down to 20 runs off the last two overs. Curran bowled the 19th over as he conceded just four runs to bring it down to 17 off the last over.

With Dwayne Bravo not on the field, Dhoni had to go to Ravindra Jadeja to defend 16 runs. Surprisingly enough, Dhawan wasn’t needed in the final as Axar Patel smashed a couple of sixes of Jadeja ending unbeaten on 21 off 5 balls. Delhi Capitals got over the line in a thriller of a chase with a  ball to spare and also jumped to the top of the points table.

Here is how Twitterati reacted to DC’s close win over CSK:

Dhai Axar Prem ke.
Wonderful hundred from @SDhawan25 but Axar Patel doing to Dhoni's team what was done to him by Dhoni 4 years ago. But a much better batting performance from CSK. #DCvCSK

Brilliant finish. Just what you want from a no 7. Axar Patel has been a quiet hit for @DelhiCapitals with ball and these rapid bursts with the bat.

Brilliant 💯 from @SDhawan25 mr consistent for @DelhiCapitals as for #csk fielding was the main reason they lost,You can’t win matches by dropping so many catches #IPL2020

Couldn’t have gone with a spinner in the last over. That too a left armer bowling to two left handers! Brilliant from @SDhawan25 and @akshar2026 #DCvsCSK #IPL2020

If Rishab can play pranks like this with his head coach, you can make out they have a really relaxed and healthy atmosphere in the @DelhiCapitals dressing room pic.twitter.com/izVETtIYwu

What a victory by @DelhiCapitals…..super impressive by them!! 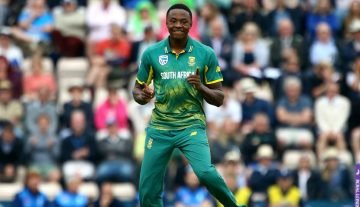