Ahead of the T20I series against West Indies, the veteran Indian opener, Shikhar Dhawan has been ruled out owing to a knee injury that he suffered during the ongoing Syed Mushtaq Ali Trophy 2019-20. The wicket-keeper batsman from Kerala, Sanju Samson has been named his replacement.

Last week, Dhawan suffered a knee injury during Delhi’s Syed Mushtaq Ali Trophy 2019-20 match Maharastra. A final call regarding his availability will be taken soon. He had suffered a big scratch on his knee.

NEWS : @IamSanjuSamson named as replacement for injured Dhawan for the T20I series against West Indies.

WATCH – Shikhar Dhawan Gets Injured, Spreads Happiness In The Hospital

Samson’s exclusion from the initial squad led to quite a few criticisms for the Indian selectors. Thiruvananthpuram MP, Shashi Tharoor questioned the move and it also supported by Harbhajan Singh. This injury could have come at a bad time for Dhawan as he has been consistently struggling to find momentum and establish himself as an opener in the shortest format.

Talking about his form, Dhawan said, “See I have certain roles in the T20I side. I have been practicing hard in trying to perform that. Hopefully, by the time the T20 world cup comes, everything falls into place. Yes, I was a bit slow in the Delhi T20I. But that’s because I tried to bat differently because of the pitch. I know, 50 off 43 balls would have been a lot better than the 40 odd I got but yeah, I learned.”

With 20-odd matches to go for T20 World Cup next year, Dhawan made it clear that the team is in process of build-up but also exerts that India has every chance of bringing the cup home from Australia. The Indian opener  “We’ve got one year. Whatever we have to plan we are planning it now and then only we can reach the final combination. I’m confident that this time we’ll come back with the cup.” 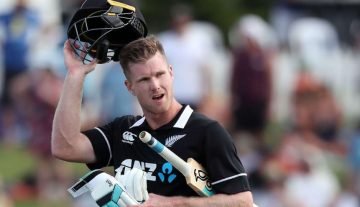