Even before the Indian Premier League (IPL) auction started, a few people had the idea that the upcoming stars in the country Shivam Dube will certainly get a bid. He has been having a great outing in Ranji Trophy season and had also done well with both bat and ball in Mumbai T20 League earlier this year. Eventually, Dube went for a hefty amount of ₹5 crores after the bidding started at the base price of ₹20 lakhs as three teams went for him.

Delhi Capitals, Mumbai Indians and Royal Challengers Bangalore (RCB) got engaged in an intense bidding war to get Dube on board. While the Delhi franchise left in the middle, Mumbai was looking forward to getting the local player in their team. However, the RCB didn’t leave him and finally managed to secure Dube’s services for the upcoming season.

No wonder it became a memorable day for Shivam Dube and his family when he was picked by the Virat Kohli-led RCB. He admitted that he was tensed when his name was announced by the auctioneer. Revealing his excitement, Shivam said, “Yes, there was some tension as I was in the reckoning in the last couple of years as well but I didn’t get picked. But I have done well this year and was hoping for some team to pick me.”

Shivam also went on to say that e received an immense amount of support from his family and friends during the auction. He revealed that everybody was praying for him and finally he was picked by RCB. He said that even in the Mumbai dressing room, his team-mates told him to focus on his game and he will automatically get picked in the IPL.

Dube is even more excited to play under Virat Kohli who leads the RCB and clarified that the price tag will not bother him as he enjoys playing the game. He said, “I am going to take my fitness to another level ahead of the IPL but will now concentrate on Ranji games. I will try to match up with Virat Kohli sir.” 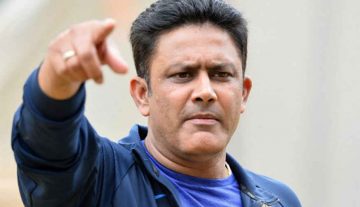 Article
By CricShots - Jun 2, 2017
Some probable names for the replacement of Indian coach Anil Kumble