Australia’s heroes of semifinal victory against Pakistan Marcus Stoinis and Matthew Wade were seen celebrating in a weird way after they won the tournament. The duo was taking a drink from their shoes, which went viral on social media.

The fans have different opinions about this celebration while the former Pakistan fast bowler Shoaib Akhtar called this a ‘littler disgusting’.

He shared the video of their celebration and captioned it by writing “A little disgusting way of celebrating no??”.

A little disgusting way of celebrating no?? pic.twitter.com/H96vMlabC8

Australia won the toss in the final against New Zealand and opted to bowl first. Kane Williamson played a sensational knock of 85 runs against a star-studded Australia bowling line-up and took them for cleaners. New Zealand scored 172/4 in 20 overs.

Australian opener David Warner walked out with all guns blazing and scored a quickfire half-century. Aaron Finch got out cheaply before the man of the final Mitchell Marsh walked out in the middle. He scored a flamboyant fifty and remained unbeaten on 77 to take Australia over the line with eights wickets in hand and seven balls to spare.

Also Read: Shoaib Akhtar is not happy with David Warner being man of the tournament

Australian head coach Justin Langer praised his team’s effort after a comprehensive victory in the final.

“Everyone that wins a World Cup says it’s hard to process, it’s hard to put in words, but this is such a wonderful group of people. Every coach and every captain says the same but we have got some amazing cricketers here,” Langer said after the final. 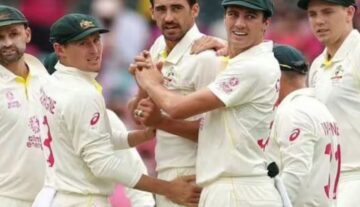