The coronavirus outbreak across the globe has been wreaking a lot of havoc for people around the world. The Covid-19 cases have been increasing by the day, so are the death tolls. In countries like China and Italy, thousands of people were found positive and the pandemic isn’t showing signs of slowing down by any means. The sporting world has also been affected to a large extent.

Plenty of cricket series has either been canceled or been postponed to a future date. The Indian Premier League (IPL) has also been postponed from March 29 to April 15. Even if the tournament happens, the matches may even take place behind closed doors. Meanwhile, Shoaib Akhtar, the former Pakistan fast bowler, had an opinion on the grave issue.

ALSO READ: Akram-Akhtar back together to spread happiness

The Rawalpindi Express seemed to have taken a dig at India, raising the ever-lasting Kashmir issue. The veteran speedster took to Twitter and wrote, “Dear World, How is the lockdown? Kashmir,” The tweet may well not go down with the Indian people, who have also been affected by a coronavirus.

India and Pakistan’s scuffles regarding Kashmir have been going on for decades. Last year, the Indian government took a historic decision when the Indian government revoked Article 370, taking away the autonomous status from Jammu and Kashmir. Amit Shah, the Union Minister, put forth the massive decision in the Rajya Sabha.

The decision didn’t go down well with several people, including the citizens of Pakistan. Even Imran Khan, Pakistan’s Prime Minister, lashed out at his Indian counterpart for resorting to the move. He has been fighting hard for India to take back their decision on Kashmir.

Even several former Pakistan cricketers, including the likes of Javed Miandad and Shahid Afridi, have also voiced their opinions. The Pulwama attack back in February 2019 has worsened India’s relation with Pakistan even further. For the time being when the coronavirus is creating a lot of troubles around the world, the Kashmir issue can take a backseat for some time. 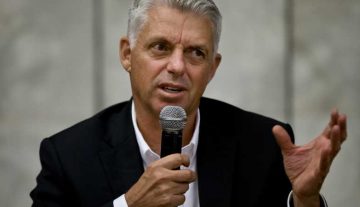