India has recently won the five-match T20I series against New Zealand. After their cruising victory, former Pakistani pacer Shoaib Akhtar praised the Indian team for their stunning performance in the T20I series. Akhtar also said the New Zealand team played not a good cricket and he also took special shots at veteran New Zealand batsman Ross Taylor for failing to take the team to the finish line in his 100th T20I.

Meanwhile, Akhtar chose the X factor of India after the series. He said that neither KL Rahul or Rohit Sharma was the X-factors for India but it was Jasprit Bumrah who did a splendid job in some of the penultimate overs which resulted in two super overs and also a superb win in the fifth match, in which he bagged three wickets while conceding only 12 runs in his spell.

“Bumrah is a class act. It took him 2-3 matches to come back to full rhythm. Some bowlers take their time when they come out from injuries. He took a couple of series but today he looked a class apart. 3 for 12 was just superb. Bumrah won’t let you score 25-30 runs in the death overs. Saini and Shardul were good too but I think Bumrah is the X-factor of the Indian side,” Shoaib Akhtar said on his YouTube channel.

Bumrah has returned to the Indian team after a lengthy break due to a stress fracture in the back. Because of that, he missed the home series against South Africa, Bangladesh and West Indies. But he has returned with a bang and hopefully he will maintain that form in future too.

“The match got close at one, point but we had belief, that we could squeeze in a couple of tight overs. First time in New Zealand, different ground dimensions, great result,” Shoaib Akhtar concluded. 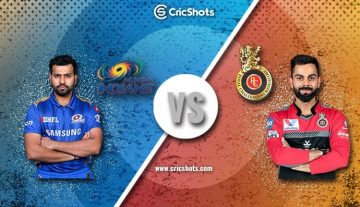