Former Pakistan fast-bowler Shoaib Akhtar is afraid that current players may not get the rich experience of marquee clashes like India and Pakistan due to political issues between the two neighbor nations. Both countries haven’t played a full bilateral series since 2007, due to Mumbai terror attacks in 2008. 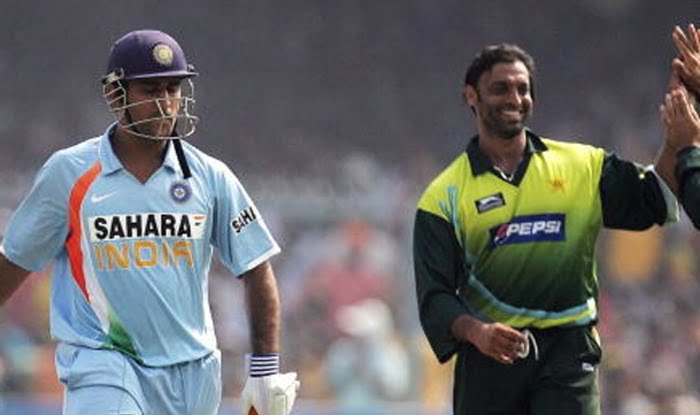 However, a short limited-over series was organized by the boards in late 2012 but the resumption of full cricketing ties between them is looking nearby. Though, both countries do play against each other in the multi-nation tournaments like World Cup, Champions Trophy and Asia Cup.

“It is terribly sad that cricketers from either side of the border are not often getting to experience the Indo-Pak rivalry. Along with the Ashes, it is the biggest series in the game,” Akhtar told PTI.

“The cricketers are not getting a chance to become overnight heroes for their respective countries. Pakistan cricketers are adored in India, I myself have got so much love from India.”

He further added, “I really wanted the current Pakistani crop to experience the same kind of love we received in India back in the day and showcase their talent.”

Akhtar is the biggest example how players turn hero in this iconic clash. He became an overnight sensation after dismissing Rahul Dravid and Sachin Tendulkar off successive deliveries during Asian Test Championship at Kolkata in 1999.

“Indo-Pak cricket should happen but if it is not happening, one should move on and avoid making statements,” he stated.

Commenting on the political issues between two nations, Akhtar quoted “I feel bilateral series won’t happen until bilateral talks resume between the two countries. And in the current scenario, one doesn’t know if cricket diplomacy will work or not. It is a bit strange and sad that it will be decided at the diplomatic level when it is often said the sports should be left aside from politics.”

However, he concluded while admitting that neither of two boards is a culprit of this loss. “Having said that, it is not anyone’s fault (the BCCI or PCB). Both boards want the series to take place. It is in their interest if the series happens,” concluded ‘Rawalpindi Express’.