Cricketers have been going through a rough phase due to Coronavirus. The government has announced a lockdown in the country and put a full stop on each and every sporting event. They have requested every single individual to just stay back at their home until this pandemic situation comes under control.

After the COVID-19 pandemic, the players have been finding different ways to spend their time back at their home. Recently, the Indian opener,  Shikhar Dhawan had shared a hilarious clip on the social media in which he was spotted washing clothes.

There is no doubt over the fact that it is very difficult to stay back at home for such a long time. But, it is the only way to control the transmission of the virus. At the moment, players are sitting in their backyards and have begun interacting with their fans.

ALSO READ: Harbhajan Singh Shares How He Is Spending Time Amid COVID-19 Pandemic

Meanwhile, Dhawan shared a clip in which he can be spotted washing clothes sitting in his bathtub. On the other hand, his wife is busy with her make-up. In the background, there is a song from an old Hindi film. He took to his Twitter handle and shared that clip with a caption that read, “Life after one week at home. Reality hits hard #AeshaDhawan @BoatNirvana #boAtheadStayINsane.” It showed what happens to a guy when sitting at his home without any work for some time.

Soon this clip came under the radar of Pakistani all-rounder, Shoaib Malik. He came up with a hilarious reply saying that it was his pre-isolation. The veteran all-rounder took to his Twitter handle and posted his comment that read, “But that’s you pre-isolation too, so what’s the deal here??!!.”

Shikhar was all set to play for Delhi Capitals in Indian Premier League 2020 that was scheduled to commence on March 29 and bow is hand been postponed till April 15 by the  BCCI. However, the cash-rich league is also dealt with a major blow and there are chances that it might not be organized in the ongoing year as far as the current situation is concerned. 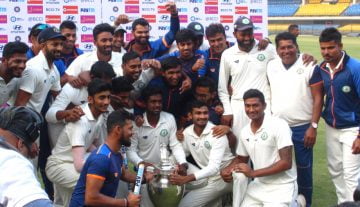