The young Indian protege, Shubman Gill, who is leading India C in the Deodhar Trophy final, broke the Indian skipper, Virat Kohli’s decade-old record as he led his team in the final of the domestic tournament. Gill, a 20-year-old, became the youngest-known skipper to lead a team in the finals of Deodhar Trophy.

Kohli had captained North Zone in the final back in the 2009-10 season at the age of 21. Though it was a special occasion for the youngster, Gill could not contribute much with the bat in the summit clash against India B as he edged one straight to Yashasvi Jaiswal off Mohammed Siraj’s bowling in the second over.

Kohli’s statemate Unmukt Chand is third on the list as he led the team at the age of 22 when he led India B in the final of Deodhar Trophy in 2015. In 2009, Virat led his side to a comfortable victory as North Zone defeated West Zone to clinch the coveted trophy in 2009. Gill started the tournament with an impressive knock of 143 against India A on Friday but only managed to score a couple of runs in his next two outings in the domestic tournament.

In the match, the youngster Yashasvi Jaiswal and Kedar Jadhav scored half-centuries while Vijay Shankar also chipped in with a quick knock of 45 off 33 balls for India B. All-rounder Krishnappa Gowtham played a blistering cameo of 35 runs off just 10 deliveries towards the fag end of the innings to lift his side to a fighting total of 283 for seven in 50 overs.

Coming to chase down the target of 284, India C openers, Shubman Gill and Mayank Agarwal were dismissed under the first 12 overs itself. They failed to recover from the same as they only managed to score 232/9 in their quota of 50 overs and lost the match by 51 runs. Axar Patel was the highest run-scorer as he amassed 38 for India C and for India B, Shahbaz Nadeem did most of the damage as he finsihed woth 4/32in his quota of 10 overs. 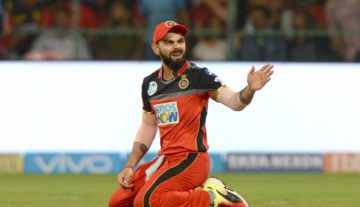