The young Indian protege, Shubman Gill has often been touted as the next big thing in Indian cricket. Even the Indian skipper Virat Kohli and the veteran opener, Rohit Sharma hold him in high regard. They have often showered praises for Shubman Gill for his cricketing abilities on several occasions.

Virat had even once acknowledged that he wasn’t even 10% of what Shubman Gill is when he was 19. The youngster has always managed to hog the limelight for his personal life. Lately, the rumors of Shubman and Sara Tendulkar dating each other have been doing the rounds on social media.

There have been quite a few occasions in the past where Gill and Sara have been linked with each other as they are often found commenting on each other’s posts on Instagram.

ALSO READ: Eoin Morgan Praises The Talented Pool Of Cricketers In Their Team

And now once again, the two have been in the news for using the same caption for their posts on social media. Both Shubman and Sara shared their individual pictures on their respective social media handles around the same time. They both captioned the photo as “I spy”.

As soon as Gill posted the photo, fans immediately noticed the similar captions the both had used. Netizens started trolling and teasing the youngster using the same caption as Sara Tendulkar. Here are some of the reactions.

BTW, just saw the "I Spy 👀" thingy on instagram and realized the matter.

Meanwhile, Gill can be expected to play for the Kolkata Knight Riders (KKR) in the IPL 2020. The IPL 2020, which was originally slated to commence on March 29, was postponed due to the increasing cases of the coronavirus pandemic. Since then, the BCCI has been in a fix about the commencement of the cash-rich league.

However, after a lot of speculation, the IPL 2020 is well on the verge of being played in the UAE this year. But the IPL 2020 dates haven’t been revealed by the BCCI. According to reports, the IPL 2020 will be played between September 19 and November 10. 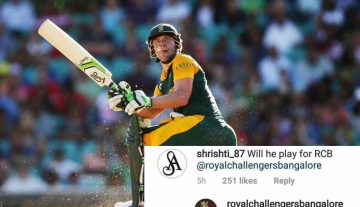