Young and talented batsman Shubman Gill is likely to be added to the Test squad after Team India’s horrifying series defeat in South Africa. With this, Cheteshwar Pujara and Ajinkya Rahane are likely to be out of the Test team. However, their recent series defeat is expected a major reshuffle in the team as well.

However, India’s next Test assignment is going to be a two-match series against Sri Lanka, starting February 25 in Bengaluru. Rohit Sharma is expected to join the team and will take up his opening slot alongside KL Rahul as well. Meanwhile, Shubman Gill has mostly played as an opener but this time he is expected to play in the middle after the exit of Pujara and Rahane.

Their constant poor shows left them facing criticism from everyone, including the cricketing fraternity. Even, former India captain Sunil Gavaskar too slammed them as well.

“I think both Pujara and Rahane will be dropped from the team for the Sri Lanka series. Shreyas Iyer and Hanuma Vihari will both play,” Sunil Gavaskar said while commentating on the India-South Africa series. “We’ll have to see who plays at number three. Hanuma Vihari may take Pujara’s place and Shreyas Iyer could be number five in place of Rahane, but we will have to see. Nevertheless, I think there will certainly be two spots up for grabs against Sri Lanka.”

With Ajinkya Rahane and Cheteshwar Pujara could only manage one fifty each in the series, the team needs some flowing batters in that middle-order, who has the ability to take the game away from the oppositions. In terms of skills, technique, temperament, Shubman Gill is the best in the business. In fact, had KL Rahul not opted out of the New Zealand home series due to injury, Gill would have played in the middle-order as well.

If Gill plays at number five, he can use the situation quite well. Even apart from him, Hanuma Vihari and Shreyas Iyer can be added too as well. While Vihari has been in the form, Iyer impressed everyone with a debut ton already. However, the time will tell who will be added to the squad. 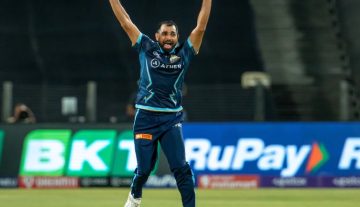