Former New Zealand cricketer Simon Doull has given more importance to the batting of Kane Williamson, over his captaincy in the 2021 T20 World Cup. The skipper, however, will have an important role to play at the mega event considering his ability to play spin well.

Doull opened up on how New Zealand’s chances depend on Kane Williamson, as he is the best player of spin in the entire batting unit. Doull also said that the team will value Williamson’s batting ability ahead of his leadership skills as well.

While speaking on Deep Dasgupta’s channel, Doull said: “Importance of Kane Williamson -the batsman, I think is crucial. His captaincy will take care of itself, he’s got good leaders, experienced players around him in that T20 squad. His runs are vitally important for New Zealand, lot of teams have picked spinners, his ability to play spin is brilliant.”

However, Kane Williamson wasn’t at his best in the second phase of IPL 2021. Even, SRH also finished last in the tournament under his captaincy after he took over from David Warner during the first leg of the league as well. On the other hand, former India captain Deep Dasgupta has also opened up on the potential of the New Zealand team. He said that they have a solid bowling unit and a steady top-order but he also expressed his concern over the middle-order which can trouble them.

Dasgupta said: “New Zealand have been consistent in ICC events. Have gone under the radar at times. There might be not many big names, but they are a solid outfit. I think they have a good bowling unit. They have experience in Boult and Southee, express pace in Milne and Ferguson so there is variety, even in the spin bowling. Top order batting is also good. But the real concern is the middle order, there is no experience and rhythm.”

However, New Zealand are with India, Pakistan and Afghanistan and two more teams who are yet to enter the tournament from the Qualification stage. It will be interesting to see how they will perform under the leadership of Kane Williamson. 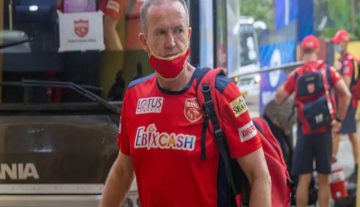