Promising young Indian pacer Mohammed Siraj is doing well at the domestic circuit in India. Everyone has high expectations from him as a future star of India. Recently, he made his One-Day International debut during Adelaide ODI against Australia. Siraj opened up about how senior cricketers like Virat Kohli and MS Dhoni treat young Indian bowlers in the team.

He had a forgettable debut, where he conceded 76 runs in his quota of 10 overs. And it was the only game that he played on that three-match series.

“I had big shoes to fill of Bumrah. It’s was disappointing just to play in only one ODI, but I learned so much from taking part in the training sessions. I am feeling and bowling well and it is good to perform in the domestic circuit coming back from my stint with the Indian team,” Siraj told CricketNext.

He also revealed how Indian captain Virat Kohli and former captain, MS Dhoni guide Indian bowlers. He said, “Kohli and (MS) Dhoni backed me throughout on these tours. They provided useful tips in the practice sessions there like how to bowl in different situations, which areas to bowl and what type of yorkers to bowl.”

He further added “They (Kohli and Dhoni) spent time with all bowlers individually. Coaches (Bharat) Arun and Ravi (Shastri) sir’s inputs were also very good. They told me to bowl in the nets like I would bowl in match conditions and that helped me get a lot of focus. They instructed me not to try experiment too much, just bowl back of a length as much as possible.”

Siraj has played three T20 International matches as well, first of which came against New Zealand at Rajkot back in 2017. He has been retained by his Indian Premier League franchise Royal Challengers Bangalore and soon he will feature in the IPL 2019 along with Captain Kohli. World’s most crazy league will kick off from March 23 in Chennai. 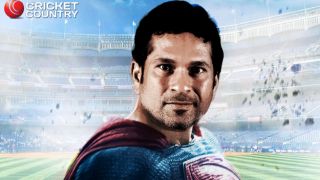