While the young India Women’s opening batter Smriti Mandhana is running in a dream form in the ongoing 2018 Women’s Cricket Super League (2018 KIA Super League), she has claimed that her best in cricket is yet to come.

Also read: Smriti Mandhana Breaks Another Record In The KSL

Moreover, the 52* innings against Loughborough Lightning was the joint fastest half-century in women’s T20 cricket history as she completed her half-century in just 18 balls. New Zealand’s Sophie Devine’s has a record to complete her half-century in the same number of balls (18 balls) in a T20I match against India Women in 2015.

Also, she becomes the only century scorer in this season after completing her century in 60 balls against Lancashire Thunder as she scored 102 runs off 61 balls in that game.

While she is running in a dream form, the left-handed opening batswoman believes that her best is yet to come.

In an interview, Mandhana told TOI, “I believe that my best is yet to come, and I’ve to keep improving myself and keep pushing myself and not be complacent. Scoring runs for my country and being consistent is what I always aspire to do.”

She has claimed that a minor change in grip and a little change in stance is becoming more helpful for her to producing consistently good performances.

Talking about that, Mandhana said, “A minor change in grip and a slightly more open stance are the two changes I made. It has helped me with my stroke-making and has also helped me clear the in-field easily. I’m feeling more confident with this.”

However, Mandhana has claimed that her happiest moment in cricket is when her team achieves a victory. Currently, her team Western Storm is leading the points table with 28 points in seven matches as they have lost only once and have won six games.

Mandhana said, “I never expected myself to be leading across so many different stats on the batting chart in the tournament. However, I’m the happiest when the team wins. Personal performance is always secondary.”

Mandhana and other Indian women cricketers are preparing for the 2018 ICC Women’s World T20 that will be held in West Indies from November 9 to 24, 2018. She is happy with the preparation that has planned by the Board of Control for Cricket in India (BCCI) and also said that she will try her best for the tournament.

Mandhana spoke on that, “I will try my best there. Our team is working hard towards it, and the BCCI has really helped us in organizing preparatory camps and tours, which is providing us with enough match practice. These tours and camps help us assess our strengths and weakness, and plan accordingly for the T20 World Cup.” 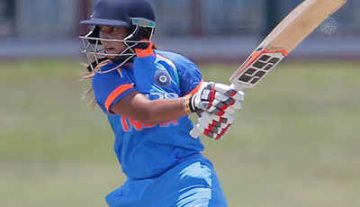