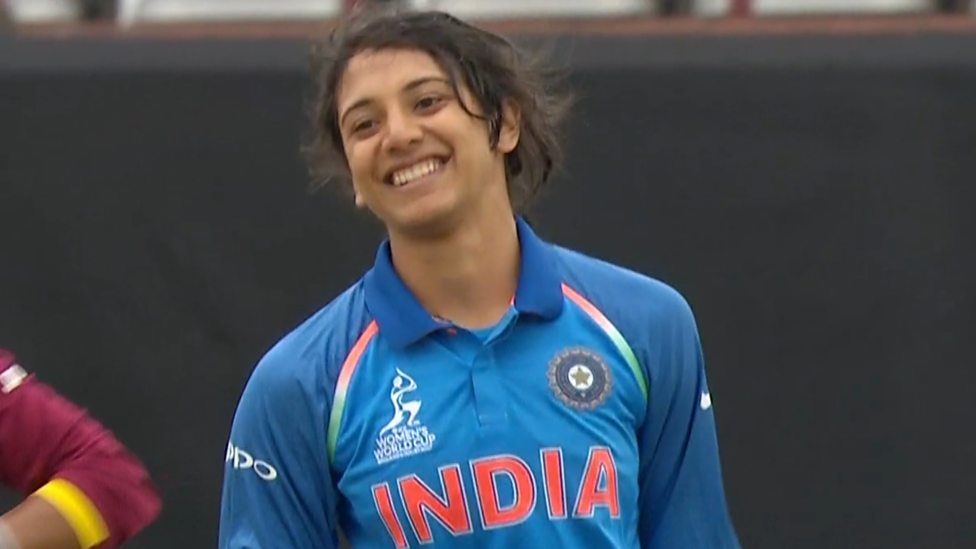 India opener Smriti Mandhana had a wonderful outing in the recently concluded in the ICC Women’s World Cup 2017 while playing for India.

Recently, in an interview, Smriti went on to reveal that she used to watch Sri Lankan legend Kumar Sangakkara’s innings during the lean patch of her career. Replying to the same Sangakkara said he is humbled to have been considered by such a wonderful player.

According to the reports of Sportstarlive, Smriti said, “Whenever I feel that I am not batting the way I should, I watch videos of Kumar Sangakkara. I like his batting style. I also admire Ganguly, but it is Sangakkara that I relate to. I haven’t really watched Ganguly bat a lot in my young days, while Sangakkara has been an inspiration.”

She further added, “I try and play a cover drive like Sangakkara. Earlier, I used to copy my brother’s batting style. But watching Sangakkara’s batting videos give me a fair bit of idea on how I should improve. I have never met him, though I really want to. Trust me, the day I meet him, I will only talk to him about batting.”

Replying to the Sriti’s statements, Sangakkara said, “Please convey to Smriti my thanks for mentioning my name. I was humbled to have been mentioned by such a wonderful player as she is.”

In the first two matches of the ICC Women’s World Cup 2017, Smriti played innings of 90 and 106. However, she was out of form in the rest of the tournament.