Bollywood star Sonu Sood earned a name for himself by helping many needy people in the lockdown  caused due to the coronavirus epidemic. Sonu started an initiative to help migrant workers trapped in Mumbai from different parts of India to join their respective families during the lockdown and the fans appreciated this noble cause. This time again the fans are asking for help from Sonu Sood the Indian team is going through a rough phase in Australia.

After suffering a demoralizing defeat in the first Day-night Test match against Australia, the anger of the fans is coming out on social media. The Indian team was trolled badly on Twitter.

Meanwhile, a fan made a mockery of Virat Kohli and his men by asking Sonu Sood for help on Twitter. Fan wrote, ‘Dear Sonu Sood, the Indian cricket team is stuck in Australia. Can you get it out? ”Sonu Sood did not remain silent and supported Team India and wrote,” Give the Indian team one more chance. Australia will bring the team home in the next match “.

After this reply of Sonu Sood, this tweet is becoming increasingly viral on social media.

The Indian team started the day with nine runs at the loss of one wicket. On the third day, they continued to lose wickets and Australia dismissed India by just 36 runs. This is India’s lowest score in an innings in Test history. 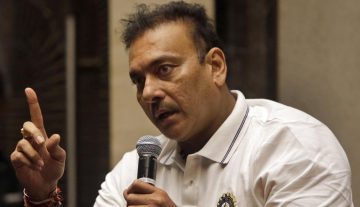