Former Indian skipper, Sourav Ganguly, who is currently serving as the Board of Control for Cricket in India (BCCI) president has been appointed as the chairman of the International Cricket Council (ICC) Cricket Committee, the ICC announced on Wednesday. Ganguly replaces long-time former international teammate Anil Kumble in the role.

In a statement regarding the same, ICC wrote: “BCCI Chair Sourav Ganguly has been appointed to the position of Chair of the ICC Men’s Cricket Committee after Anil Kumble stepped down having served a maximum of three, three-year terms.”

ALSO READ: Aakash Chopra Feels Selections For T20Is Against NZ Has Been Unfair

Sourav Ganguly has often been credited as one of India’s most successful captains of all time and one of the best batsmen of his generation. He was president of the Cricket Association of Bengal between 2015 and 2019 and then he was appointed as BCCI president in October 2019.

ICC chairman Greg Barclay thanked Kumble for his leadership in the nine years that he served as chair. Barclay elaborated, “The ICC Board is committed to continuing to support Afghanistan Cricket to develop both men’s and women’s cricket moving forward. We believe the most effective way for this to happen will be to support our Member in its efforts to achieve this through its relationship with the new government.”

He further added, “Cricket is fortunate to be in the position to influence positive change in Afghanistan with the national men’s team a source of great pride and unity in a country with a young population that has experienced more upheaval and change than most. We should protect that status and continue to try to influence change through the ACB but will continue to closely monitor the situation and take any decisions accordingly.” 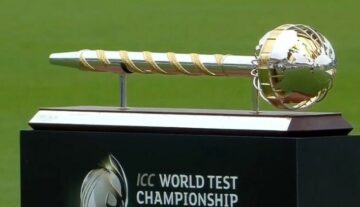