Board of Control for Cricket in India (BCCI) President Sourav Ganguly has been working hard to improve the game since he took over in October. From taking an initiative to see India play their first-ever Day-night Test in Kolkata to floating the idea of a four-nation Super Series, Ganguly has not fallen short of ideas to add to cricket’s appeal. And now, he has picked more venues in India to host day-night Tests.

India completely outplayed Bangladesh in their maiden pink-ball Test at the Eden Gardens by winning it by an innings and 46 runs in just over two days. The occasion saw a positive response and stressing on the need to have a special annual Test as the Boxing Day game, the BCCI president said the board has planned to visualize something same in the form of a Day-night Test. And he picked Mumbai, Bengaluru, and Gujarat as the next set of venues for the pink-ball Test.

ALSO READ: Manjrekar Proud Of His Demeaning Tweet On Kohli 7 Years Ago

As per the quotes in Hindustan Times, Ganguly said, “We will have to work towards that. If New Zealand was playing Australia somewhere else, on some other day, it would not have got the same attention. But Boxing Day gets people together. That’s why it is about trying to create events. The Pink Ball Test was an event. It will happen all around the country. It happened in Kolkata; it will happen in Mumbai, Bangalore, Gujarat and it will bring people back to Test cricket.”

Ganguly could not believe the overwhelming response the pink-ball Test in Kolkata had received. He never thought there would be so many people. The tickets for the match were sold at the are of 15 tickets per minute.

He further added, “The team took it well. They were taken in by the people who came to watch. There were 60,000 people for Test cricket. It was like when we played and there was a lakh watching that (2001, Eden Gardens) Test against Australia. But at that time there was no T20. Kolkata had one game a year. Now it has nine games – seven IPL matches, one ODI and one Test match; so people have started choosing.”

ALSO READ: Angad Bedi Replies To Gautam Gambhir Including Him In World XI

Speaking on the idea of the Super Series featuring India, England, Australia, and another team, Ganguly said the concept is still only a proposal. 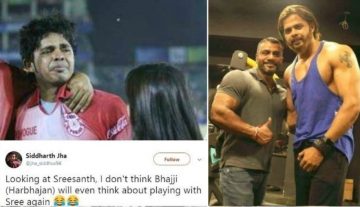